A Design for Multiplication

I think that it is biblically undeniable that God’s intention for the church is expansion and growth. In Acts 1, the Lord’s direction to his disciples was:

“but you shall receive power when the Holy Spirit has come upon you; and you shall be My witnesses both in Jerusalem, and in all Judea and Samaria, and even to the remotest part of the earth.”

It is evident that God wanted the witness to the person and work of his Son to radiate out from that seminal gathering into the farthest reaches of the earth. 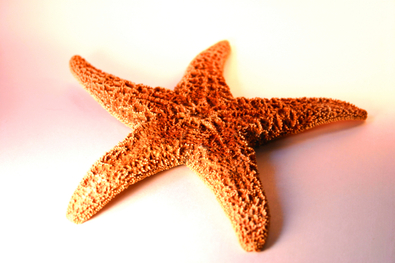 My experience with the reality of an intentional expansion of the church began very early in my Christian life. I had actually known the Lord for just over 2 years when I was sent out from a local fellowship to help start a home church in St. Louis, MO. That may seem like it was incredibly premature and even irresponsible to trust that endeavor into the hands of someone so young in the Lord, but the character and nature of the fellowship I came from prepared me for that task in some unique ways.

From the moment I was saved I was immersed in a vision of what the church was and what God intended in light of testimony and witness. And there was a disciplined approach to preparing each of us to participate in that vision. Because of that foundational commitment to vision and preparation as a fellowship, we also sent people early and often to help start other groups throughout the U.S., Canada, Mexico, Europe and Africa.

A Vision for “What”

First and foremost I think it is fundamental we must have a clear vision of what we are involved with and what it is we are seeking to “multiply.”

It should be abundantly clear from the book of Acts that God is intending to reproduce powerful, spirit-filled companies of his people as witnesses that can clearly communicate his vision and intention for the church, the body of Christ, to the world. He is interested in multiplying His witnesses, those capable of carrying on the ministry of reconciliation initiated by his Son, rather than creating a plethora of ‘holy huddles’ or religious social clubs that have little understanding of his Divine purpose and calling.

Organic churches or home churches claim to have walked away from the superficiality of the typical evangelical church model, but have they really embraced, and can they clearly communicate, the vision of the church as revealed in the New Testament? Are they truly the powerful witnesses to reconciliation and the reality of newness of life that can point the world to God? Or have we settled for the casual, comfortable familiarity of being with friends who won't 'judge' or offend.

Are we seriously considering what it means for our fellowship to participate in God’s desire to expand the testimony of his Son to the ends of the earth? Then we need to have a clear understanding of what we are seeking to replicate with regard to the fundamental way we are going to relate to one another -- our 'organizational structure.'

The Starfish or the Spider

While I know that this audience may already be inclined to an 'organic' point of view, I want to take a moment to consider the difference between centralized and decentralized organizations. It is a significant point for me because the group I was involved with would have identified themselves as having a decentralized, organic structure that believed in the local autonomy of fellowships. The reality was that we had an increasingly centralized hierarchy that over the years exerted more and more influence on those ‘autonomous’ groups that we had helped start. And that increasing, bordering on coercive, influence ultimately became a negative on so many levels that it eventually destroyed the work. The fact is that the slippery slope to centralization is an ever present danger.

In their book, The Starfish and the Spider, Ori Brafman and Rod Beckstrom, lay out some powerful differentiators between centralized and decentralized organizations. And while this is intended as a business, rather than a spiritual consideration, the analogies in the book have a powerfully biblical connection to principals of multiplication and reproduction and can serve as a caution and warning to us. The primary principal is reflected in the subtitle, “The Unstoppable Power of Leaderless Organizations”. To the authors, there is an undeniable potential and power to a decentralized, or 'leaderless,' organization.

In the book, the spider represents the centralized organization, the hierarchical system that is rigid, inflexible and vulnerable. Spiders have 8 legs, 8 eyes and a head coming out of a rigid central body. It can lose a few legs or eyes and continue to function, but cut off a majority of the legs and it is immovable. Destroy the eyes and it becomes blind. And cut off the head and it dies instantly. You can easily translate those characteristics into a ‘typical’ church model – a clear leader who is in charge, a specific place (or group) where decisions are made, a restrictive and limiting approach to 'vision,' and a command-and-control hierarchy responsible for enforcing an ever increasing number of rules to try and ensure desired outcomes. And woe to us if the captain (head) of the ship goes down!

And while there is a tendency to say, “That will never be us, that’s what we were running away from by starting our organic/home church!” I can personally attest to the fact that unless there is a rigorous commitment to resist the temptation, any group can easily fall into a 'spider' model and structure. This is due in part to the fact that a closed, centralized organizational structure is easier to implement and maintain, easier to communicate and understand and more attractive from a purely natural perspective if the end is to control outcomes. Organic is a whole lot messier and unpredictable than organizational.

The other side of the coin is the starfish model of an organic, decentralized fellowship of those who are called to a particular vision. Starfish have up to 40 legs arranged in radial symmetry. That means there is no front and no back with a starfish – no stage and pews – everyone is involved! And each of those arms has an eye spot so they are not reliant on others for vision. They also do not have a central nervous system or brain, though the legs are connected to one other through a common center. Each arm is equipped with a radial nerve that controls the activity of the arm and in some miraculous way communicates with the other arms to allow the starfish to move, find food and mates and generally do its starfish thing.

Most amazingly the starfish is not diminished by the loss of a limb. Chop off an arm, and a new one grows to take its place. And with some species you can tear a starfish in half, and you'll soon have two starfish on your hands. A torn-off limb can even become a brand new starfish. And what's more, they populate by releasing hundreds of thousands, and sometimes millions, of eggs in just a few hours.

Go Forth and Multiply

Having considered the options, it now is up to us to decide the model upon which we will multiply fellowships. We can be starfish, or we can be spiders. To my mind, only one model has the promise of enduring in the uncertain and dangerous times that face us.

So let's be starfish! An incredibly collaborative neural network that is durable, adaptable and capable of surviving and even thriving when attacked or persecuted. Let's strive to ensure that each of the arms are healthy, fully functioning and contributing their unique gift and they are all connected through a common center (Christ.) And let's be committed to continuous reproduction, so that there is never a lack or gap, so that as God's starfish we can go forth, multiply and fulfill God's purpose!